THE MAGIC EFFECT OF DOGS

Most of us are guilty of calling our dog our baby. Maybe even treating it as one. The truth is that the feelings we feel towards our dogs compared to our children might not differ as much as one might think.

Dogs have been domesticated for around 45 000 years, causing their behaviour to change as well as their looks. Going from intimidating wolfs to cute, fluffy lap dogs took some time. But this cute look serves a purpose. Puppy eyes are not simply an expression but also a very real thing.

When you look at your dogs face a chemical called oxytocin is released inside of you. It was originally linked to breast milk production as well as labour contractions. About 25 years ago it was discovered that the chemical is not only produced in the breasts and uterus but also the brain! More specifically in the area that controls behaviour and emotion.

When oxytocin is released it helps with bonding, both parent and child and human and pet! By doing so our stress levels are reduced and we feel calmer and happier, strengthening the relationship. 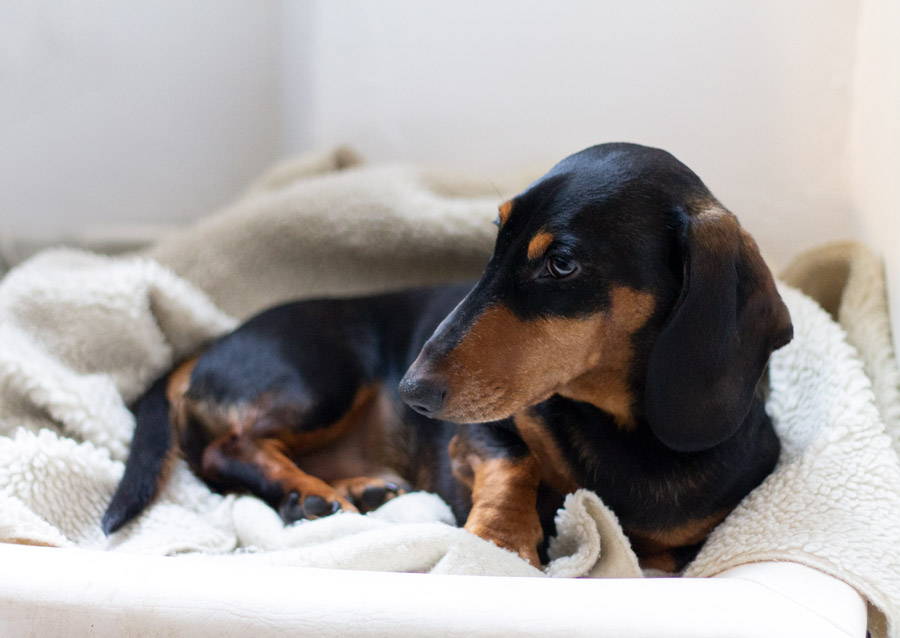 Don't let anyone make you feel bad for treating your dog like a baby, it's in your DNA!

Dogs positively affect our health in many ways. By taking us out on a walk we get exercise, fresh air and a purpose to leave the house. They are often the subject for social interactions and breaks down barriers between people who might never connect otherwise.

So don’t feel bad for treating your dog like a baby, it’s in your DNA!

Molly is Content Manager at Barkalot. Molly loves "everything dog", and returns to the deep forests of Småland as often as she can to hang out with her family's two chocolate brown labradors.

Our checkout is PCI compliant and supports 3D Secure checkouts. We offer local payment options for EU and USA.

Place your order before 12 PM and we'll ship your items the same day.

Forgot to use our size guide? Use our online return form for a hassle free return experience.